‘Suicide’ the word is enough to give you chills to your bones. The tragic meaning behind the word and the pain before and after is something that spooks us all to the core. The silent cries of the person before the act and the loud cries of the loved ones after the act is the real essence of the word suicide. It becomes way more shocking when your favorite celebrity from the film industry take this path.

Let’s not deny it; we all think that being an actor or actress means living in heaven! However, it’s completely opposite. Under all those luxury, glitz and glamour filled world of theirs, there lies a scary and painful life, which remains hidden from the common people.

You must have even heard your favorite celebrities confess how much they wish to live like ordinary people. At such time, we feel like they are joking but it’s not so. Being a celebrity isn’t that easy my friend! The mistake we do is we think that these celebrities aren’t normal like us.

The recent suicide case of ‘Pratyusha Banerjee’ of ‘BalikaVadhu’ has just revealed that the stardom life we all admire isn’t that pretty and glamorous as we assume. The famed serial actress’s body was found hanging from the ceiling fan of her room. The real reason that is being considered at the moment is her relationship problems with her boyfriend Rahul Raj Singh.

However she isn’t the only one, there are many others who had taken the path of suicide in order to relieve themselves of all the problems.

Here take a look at the life of such actors and actresses:

These are only few names among many. As I was researching about the celebrities mentioned in the above list, I learned that the most of them had taken the choice of suicide because of career failure, relationship problems and depression.

However, these aren’t the only reasons for suicide.

WHAT ARE REASONS FOR SUICIDE FOR ACTORS AND ACTRESSES?

Generally, people in the acting world, kill themselves, for the following reasons.

Most of the actors and actresses kill themselves, because of depression. The constant pressure of giving their best, the paparazzi pressure, financial problems, maintaining good relationship with everyone in life causes stress. Their main fear is of defamation. Defamation not only ruins their career but also hampers their personal life.  Nowadays, depression arises from relationship problems, career problems etc. A love failure or a career failure can lead not only an actor but even a normal person to go into a state of severe depression. A state of severe depression ultimately forces a person to take the step of suicide.

Acting career isn’t an easy one because it demands a lot of hard work and dedication. The actors and actresses, who are fully devoted to their movies, do not even get enough time to spend with their family and friends. Most of their time is spent on shooting sets where they are constantly under the pressure of their directors. At the end of their shootings, they have to battle with the crazy paparazzi. All the limelight and expectations drives the actor or actress towards alcohols and take drugs to relieve themselves from the huge stress. A little depression can turn into a severe depression once the person gets into a state of drunkenness. In such situations, sometimes these people turn to suicide since they are not in the right mind.

There are some other reasons for suicide as well such as mental illness, psychosis, accidental suicide etc but the above reasons are the ones which mainly force a celeb to commit suicide.

The one who suicides, has to suffer only till death but the ones who love him or her which he or she was unaware of are the ones to really suffer. Their decision of ending their life causes his or her lovers to live in sadness and guilt all their life.

HOW CAN SUICIDE BE PREVENTED?

If you ever get suicidal thoughts, you should seek for immediate help and assistance. No, it’s not absurd, it’s actually completely normal. There are many people around who are always ready to help you out. Here are few things you need to consider before you take the drastic step. 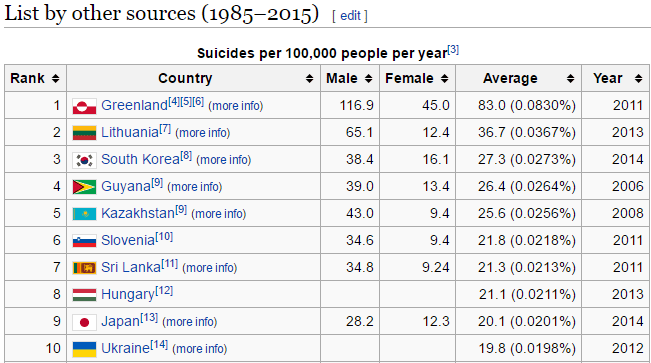 If you find someone who is getting suicidal thoughts, here are few things you can do to help them out:-

Thus, the main thing is suicide is a very common phenomenon nowadays and you should not take the matter too lightly. The problem of depression can happen to anyone no matter whether he or she is a common person or a celebrity. In such situation, instead of ignoring the whole thing or calling it ‘attention seeking drama or publicity stunt’, we should rather try to help the person because by saving someone from committing suicide we are actually doing a heroic job.